Dear participants of the 15. ECSC in Riga,
It was a pleasure to meet all of you!

No more updates will be made to this website.
See the final presentation of the results on the
official website of WFCC:

“After three years we met again at the European Chess Solving Championship. The event in Riga brought back to the field many old friends, and we were also happy to welcome a number of new ones – almost a quarter of the participants were debutantes. Danila Pavlov convincingly defended his title (overall and among juniors), finishing well ahead of the second-placed Piotr Murdzia and the third-placed Tomáš Peitl.…” ->more

Have a nice summer and a good luck in the future competitions!

With a gratitude to all our guests!

The World champion from Rhodes 2021 Danila Pavlov convincingly defended his 2019 European title (and won the Open) far ahead of Piotr Murdzia and Tomaš Peitl. Nobody ever made a similar collection off titles before his 20th birthday! The key-rounds were endgames, more-movers and helpmates, where the ECSC director Ivan Denkovski placed the most difficult problems. At the end of the tensed team competition, the first four places were separated by 5 points only (from 205,25 to 200,25). The hero of the record breaking 6th title for Serbia was 17 years old Ilija Serafimović, who closely missed individual medal. Lithuania was leading up to the last round, but fell to 2nd place after helpmates. Slovakia made its historical success, with the team bronze, individual bronze for Tomaš Peitl, and gold for Marek Kolčak among seniors.Marina Putinceva won the women field being only 15, ahead of Laura Rogule and the debutant Denisa Bucur. The efforts of organizers to promote chess composition in Latvia were rewarded by the successes of Laura Rogule and 16 years old Emils Tabors, bronze medalist among juniors. Emils had the record gains of rating: +151 in ECSC and the Open! But the Youth marked Riga gathering in many more ways. You should have seen the results of  Michał Koziorowicz and Kevinas Kuznecovas in Add-a-Piece competition; follow Mihnea Costachi analyzing his chess games (with Stefanova, Dubov and Firouzja); or join the 6 years old Ilya, a guest of Islande hotel, who was spending hours in front of the demo board, puling sleeves and asking participants to show him some chess problem…

Preliminary results after the 3rd Round: INDIVIDUAL | TEAMS

Preliminary results after the 2nd Round: INDIVIDUAL | TEAMS

Some good time in the night of May 12th, some good solving/composing with a piece of pizza!

Dear guests,
In 2 weeks we will have the pleasure to welcome you in Riga!
To make your stay and solving nicer, we have published some additional information: 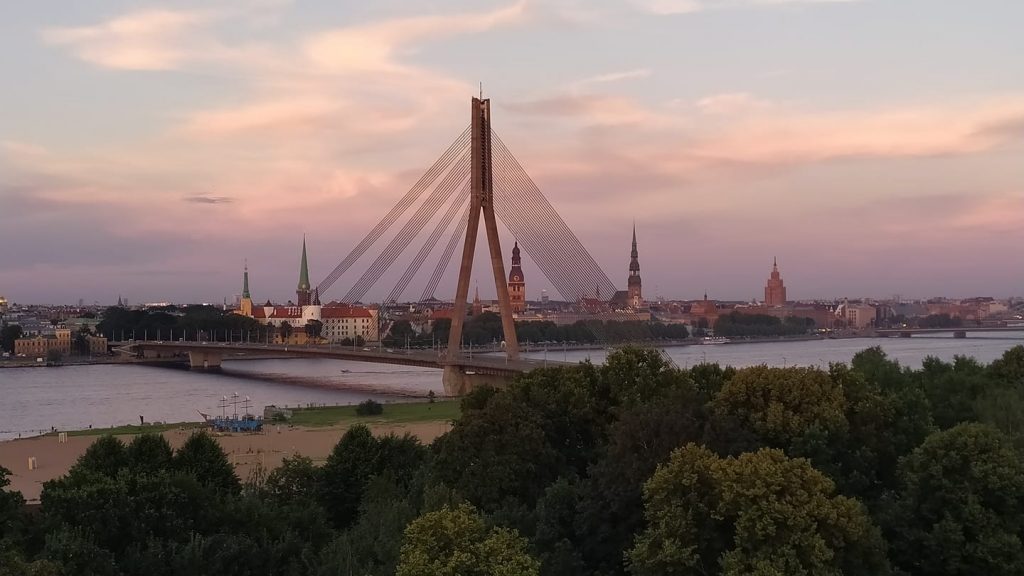 See the proposal (PDF) and The Invitation to ECSC 2022 published on WFCC website. All details about the events and tournaments in the frames of 15th ECSC are coming… Feel free to contact us in case of any questions!